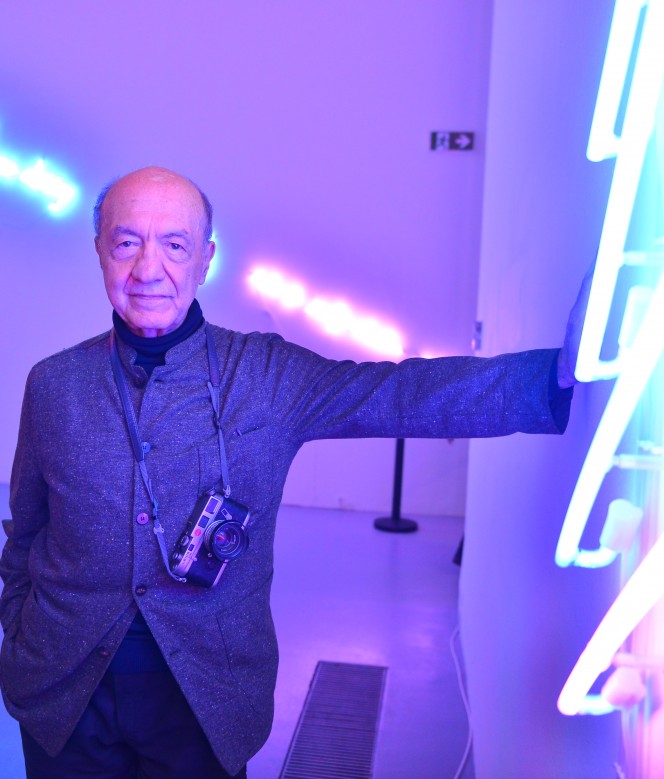 Sarkis Zabunyan (known as Sarkis, born in 1938 in Istanbul) — an Armenian artist, one of the most important representatives of the world’s artistic scene. He has lived in Paris since 1964. Sarkis was among a dozen or so young artists invited, by the curator and art critic Harald Szeemann, for the pivotal exhibition Live in Your Head: When Attitudes Become Form in the Kunsthalle Bern (1969) which outlined a new vision of contemporary art. Since the 1970s he has participated in numerous international public displays, e.g. Documenta in Kassel or the Biennales in Venice, Istanbul, Sao Paulo and Sydney In recent years he exhibited among others in the Musée du Louvre in Paris, Museum Boijmans van Beuningen in Rotterdam, MAMCO in Genève, Musée national d’art moderne in the Centre Pompidou in Paris, Istanbul Modern in Istanbul and Museul National de Artă Contemporană MNAC in Bucharest. In 2015, at the 56th International Art Exhibition in Venice Sarkis participated in the collective display at the Armenian Pavilion (Armenity, Monastery and Island of San Lazzaro degli Armeni) awarded with Golden Lion and represented Turkey with the installation Respiro in the form of a neon ‘breathing’ rainbow which metaphorically referred to the centenary of the Armenian Genocide. Teaching constitutes an essential part of his activity. In 2017/2018 Sarkis had the individual exhibition at Zachęta Gallery.

A butcher’s son, he had his first encounter with painting thanks to a copy of the picture of Edvard Munch in a daily newspaper. ‘It changed my life’, he says. The motif of a work of art — whether an ‘icon’ of art history (such as the paintings of Munch or Paolo Uccello), images of contemporary visual culture or products of non-European tradition — is recurrent in his output. Sarkis applies various techniques: photography, video, painting, drawing and even stained glass. He creates objects and installations, often using neon lights. In his oeuvre the artist combines the intellectual tradition of the cultures of the East and West and addresses the issues concerning time and memory. Many of his works refer to dramatic moment in the history of humankind, such as war and violence, but he also deals with memory and identity.