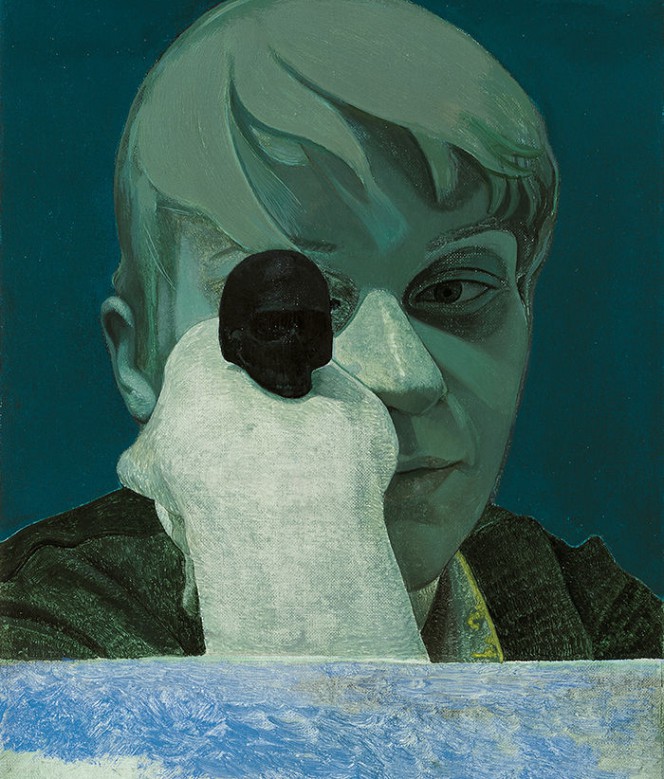 Zachęta – National Gallery of Art presents the first individual exhibition in Poland of the work of Victor Man – the Romanian painter, recently named Deutsche Bank’s Artist of the Year 2014. Born in Cluj in 1974, he is equally inspired by the ancient and the modern. In his work he concentrates on the development of an autonomous iconography in which frequent literary references intermingle with his own biography. Literature and art history, collective memory and personal experience are the elements woven together by the artist into a non-linear story where distinctions between present and past, fiction, imagination, and reality are abolished. These overlapping of points of reference run throughout all his works, where the fusion of gender, androgyny, or, more generally, the uncertainty of physiognomy and appearance form a recurrent theme that strengthens the image of an identity in perpetual movement and suggests how rich and mysterious the essence of things can be beyond their appearance. At once timeless and visionary, his paintings resist easy interpretation, but rather suggest alternative possibilities of recognition, remembrance, and seeing.

Artist of the Year
After Wangechi Mutu (2010), Yto Barrada (2011), Roman Ondák (2012), and Imran Qureshi (2013), Victor Man is Deutsche Bank’s fifth Artist of the Year. The award is given on the recommendation of the Deutsche Bank Global Art Advisory Council, which consists of the renowned curators Okwui Enwezor, Hou Hanru, Udo Kittelmann, and Victoria Noorthoorn. The focus is on artists who have already amassed a substantial oeuvre and have blazed new trails both formally and in terms of content. The highlight of the program is a solo show in the Deutsche Bank KunstHalle in Berlin, accompanied by an extensive catalogue and an exclusive edition.