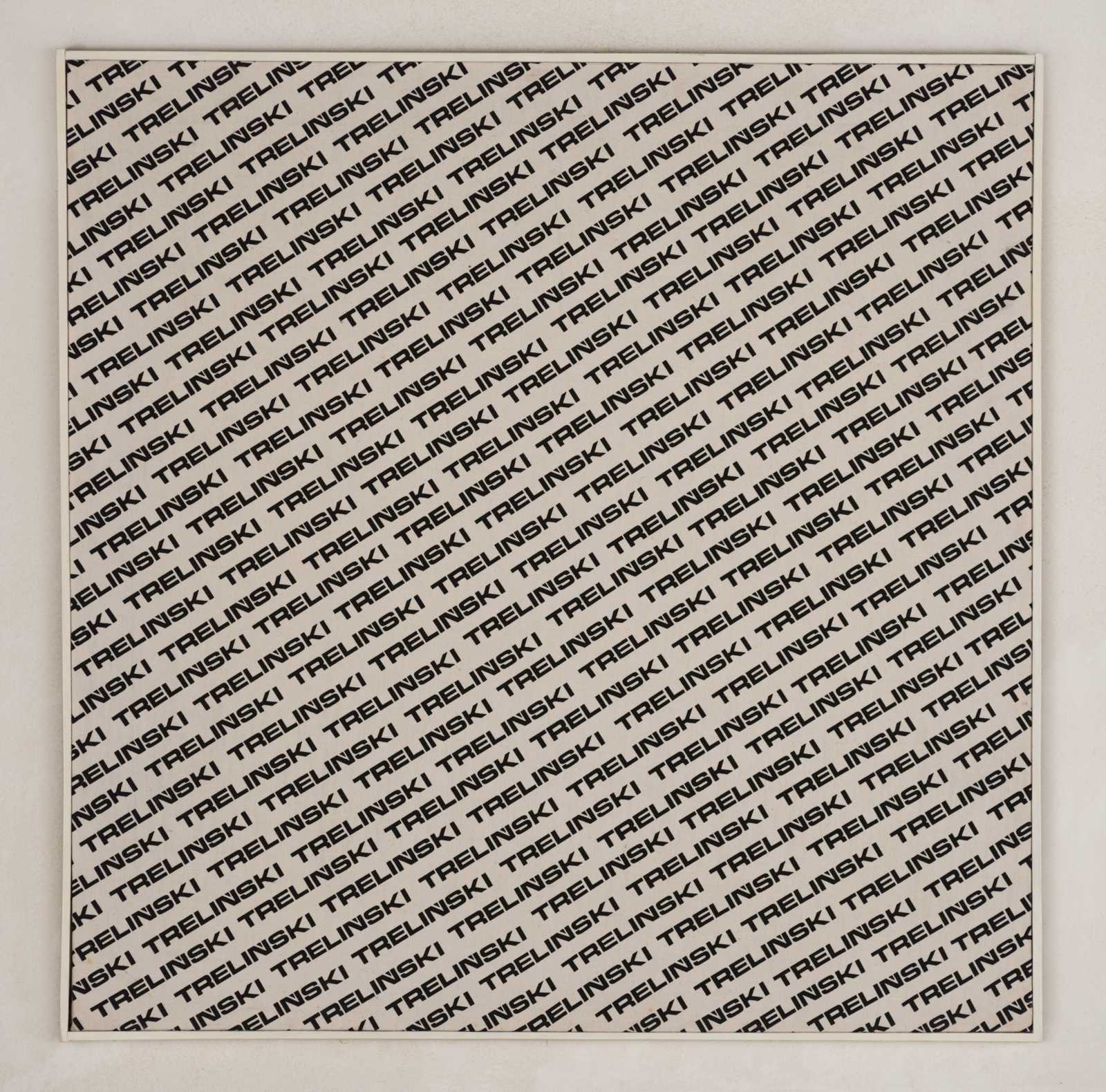 Jerzy Treliński (born 1940 in Szewna) is a painter, graphic artist,
performer, and academic teacher. Graduated from the State College of
Visual Arts (today Academy of Fine Arts) in Łódź, 1967. In 1987–1989,
chair of the Department of Graphic Design at the State College of Plastic
Arts in Łódź; 1989–1992, rector of the Academy of Fine Arts in Łódź.
He teaches at his alma mater and at the University of Humanities and
Economics in Łódź.

A conceptual artist, Treliński is best known for his project, Self-Tautologies,
which the painting in the Zachęta collection also belongs to. From 1972,
he placed his name as a visual sign — often repeated many times — on
various objects (artist’s books, postcards, postage stamps) and during
various happenings, including in public space (city-decorating flags,
inscription in landscape). His interventions in the May Day parade are
considered a particularly radical part of his oeuvre. According to the
artist: ‘The scenery of the May Day parade presented an opportunity
for stressing the importance of individual, independent action. The
parade was a propaganda show designed by the communist party and
its leaders to muster support for their totalitarian, self-proclaimed rule
— a nameless, manipulated crowd marching for hours (under pressure
of the Party apparatchiks), offered “games” once a year in return for the
lack of sovereignty and personal dignity. My happenings in 1974 and
1977 were an act of defiance against the communist enslavement and
intimidation of society. In 1977 in Łódź, I joined the parade as a security
staff member, wearing the characteristic armband, and started urging
the participants to disperse.’