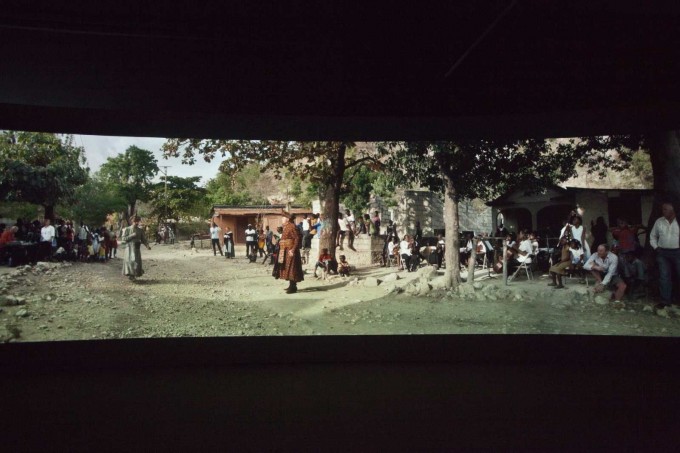 Born in Poland and based in New York, artist works in sculpture, video, and performance. Her projects - often inspired by interest in cultural anthropology, cultural clashes, and music - have been exhibited in both solo and group exhibitions in the United States and Europe, at venues including the Sculpture Center, Art in General, Postmasters, and CANADA in New York; Espace Culturel Louis Vuitton in Paris; Saatchi Gallery and Nottingham Contemporary in Great Britain; Centre for Contemporary Art Ujazdowski Castle and Zachęta – National Gallery of Art in Warsaw. She was also included in the First Moscow Biennale (2005), Performa’09, and the 2012 Whitney Biennial. A graduate of the sculpture departments at Rutgers University and Yale School of Art, Malinowska has received awards from the John Simon Guggenheim Foundation, the New York Foundation for the Arts, Smack Mellon, the Pollock-Krasner Foundation, and the Polish Ministry of Culture and National Heritage, among others. She is represented by CANADA gallery in New York.