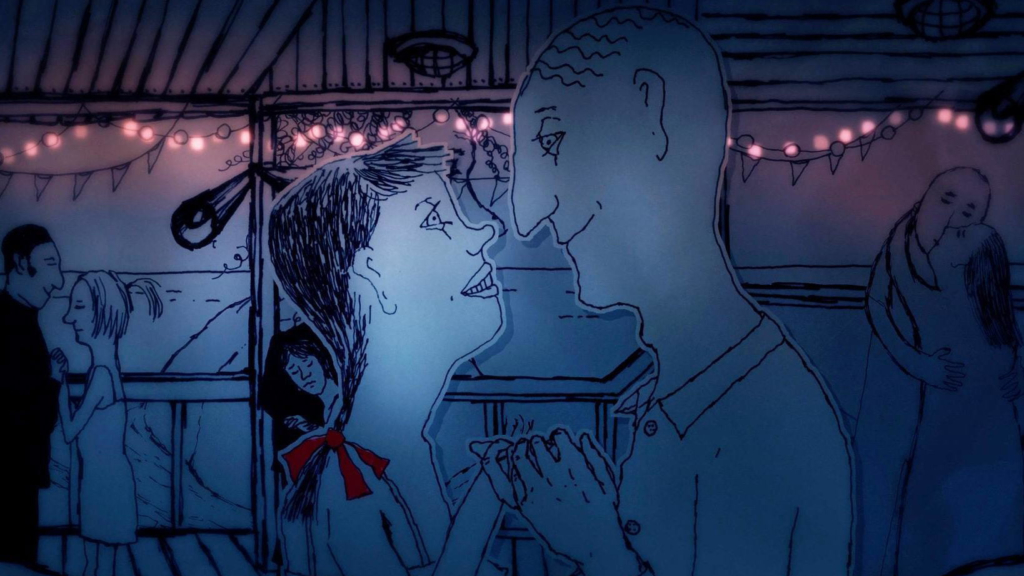 At the beginning of March at the Zachęta, we opened Mariusz Wilczyński’s exhibition built around a single film – Kill It and Leave This Town, the full-length debut of the well-known animator. This is an opportunity for the Zachęta Online Magazine to take a closer look at the artist’s work, but also to bring to mind other presentations devoted to animation. Kill It… is part of a series of exhibitions initiated in 2013 presenting the key figures in the history of Polish animated film: Julian Antonisz and Kazimierz Urbański (with Joanna Kordjak as the curator of both projects).

In the 36th issue of the magazine, Adriana Prodeus writes about the performative sources of Wilczyński’s animations. We also invite you to read the texts accompanying Antonisz’s exhibition and to visit the exhibition Red Floods the Frame. Kazimierz Urbański. We also present short animated films from our archives, made at workshops on stop-motion animation for both children and teachers.

The wheel of eternal return

“Where did the unfinished, sketchy, coarse form come from in Mariusz Wilczynski’s animations?” — Adriana Prodeus is on a quest to find the roots of Kill It and Leave This Town author’s animation style.

Antonisz: Technology for Me Is a Form of Art

The first protagonist of an exhibition series introducing extraordinary artists of Polish animation was Julian Antonisz. We would like to remind you of the folder accompanying the exhibition curated by Joanna Kordjak.

Antonisz’s constructional work became an inspiration for the authors of the exhibition – Ewa Borysiewicz and Joanna Kordjak – who invited artists fascinated with technology and cinematography to participate.

Kazimierz Urbański was one of the most interesting experimenters in Polish animation.

The film was made as a part of training programme for teachers The Art of Animation. The workshop about the stop-motion animation was leaded by Eight Wishes Foundation (Magda Bravo, Agnieszka Koperniak, Tom Solich).

Another outcome of the Art of Animation training programme for teachers, accompanying the Julian Antonisz exhibition.

To Read. Animated movie for kids

The movie was made as a part of the project Let’s share Art! and was inspired by the work To Read by Stanisław Dróżdż.