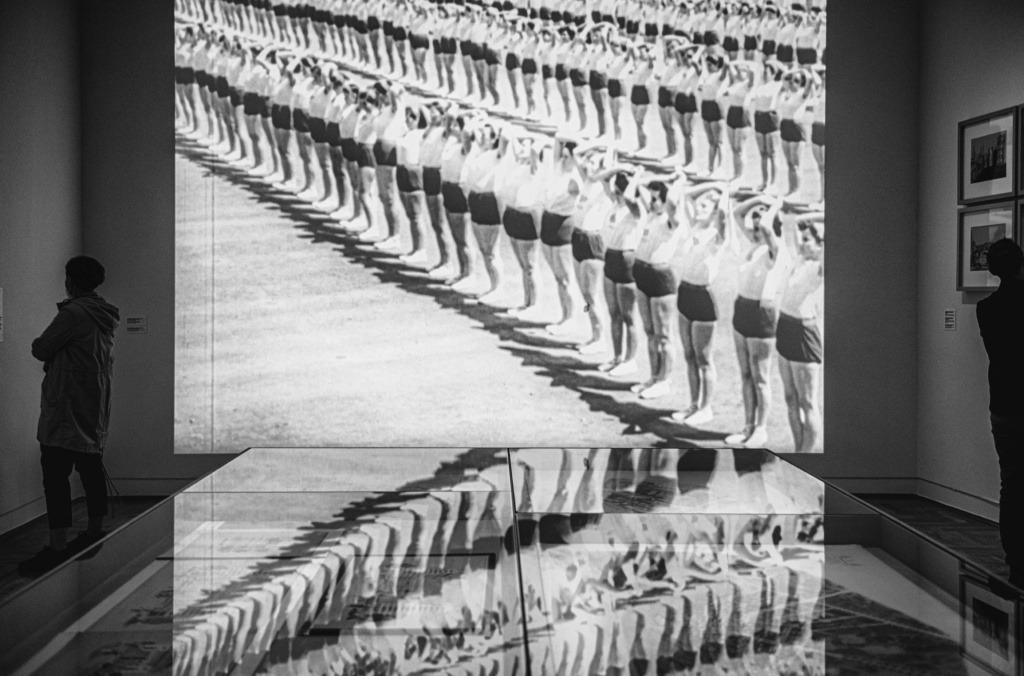 The latest issue of the Zachęta Online Magazine is slightly different because, despite its number 29, it is the first issue of the publication’s newest incarnation. Beginning from June 2021, the magazine has its own website, where we’ll publish première issues each month (but where you’ll also find all the archival issues). We invite you to read the current issue, themed on socialist realism, which is recalled now in an international context thanks to the exhibition Cold Revolution. Central and Eastern European Societies in Times of Socialist Realism, 1948–1959.

“When we look at Socialist Realist images today, in the 21st century, each of us having different social experiences and political sympathies, we ask ourselves many questions. Because we know that these images were created under the conditions defined by Stalinist and post-Stalinist dictatorships, they question our attitude towards dictatorship (and hence towards democracy). Because these paintings do not fit into the accepted narrative of 20th century art, they call into question our knowledge of the visual creation of this century and the way we order this knowledge.” – Jérôme Bazin and Joanna Kordjak, the exhibition curators, write in their essay When the Images Looked at the Workers. This is the introduction to the book Cold Revolution. We encourage you to read this text in our online magazine. We also recommend an interview with the curators that Lucia G. Stach conducted for the Slovak National Gallery, one of the exhibition’s partners.

Preparations for the Cold Revolution exhibition began in 2019, their first stage an international academic conference (29–31 January 2020) with scholars from Central and Eastern European countries. The magazine brings back Constantin Iordachi paper Enacting the Communist Utopia: The 1950s inside the Twentieth Century. However, while speaking of socialist realism, one cannot forget about the times of the CBWA or the Central Bureau of Art Exhibitions. From our exhibitions archive compiled as part of a research project, we revisit the Exhibition of Romanian Art (1952) and the Exhibition of Paintings by Otto Nagel (1955). The latter also by virtue of Helena Krajewska, the author of the introduction to the catalogue of Nagel’s works, herself a painter, social realist whose paintings we can see today at the exhibition at the Zachęta.

When the Images Looked at the Workers

“When we look at Socialist Realist images today, in the 21st century, each of us having different social experiences and political sympathies, we ask ourselves many questions […] defined by Stalinist and post-Stalinist dictatorships — exhibition’s curatiors write in the introduction to the book accompanying the Cold Revolustion.

We recall the lecture by Constantin Iordachi, entitled Enacting the Communist Utopia: The 1950s inside the Twentieth Century (in English)

“The introduction by Helena Krajewska published in the catalog situates the exhibition in a series of propaganda-promoting events organized by KWKZ (Committee for Cultural Cooperation with Foreign Countries)” writes Stanisław Welbel.

The Cold Revolution exhibition would be incomplete without the works of one of the most outstanding painters of that time. We recall his paintings from our collection.

Exhibition of Art from the Romanian People’s Republic

One of the exhibitions goals was to “authenticate the thesis that the aesthetics of Socialist Realism were a logical consequence of realistic trends that had been developing for centuries in people’s democracies”.

Just After the War

The exhibition by Joanna Kordjak and Agnieszka Szewczyk was an attempt to answer the question of how the complexity of social moods and political tensions in post-war Poland were reflected in fine arts, photography, film, architecture and design.

One of the most famous cycling races in Eastern Europe in the graphic representation of Maria Dawska.