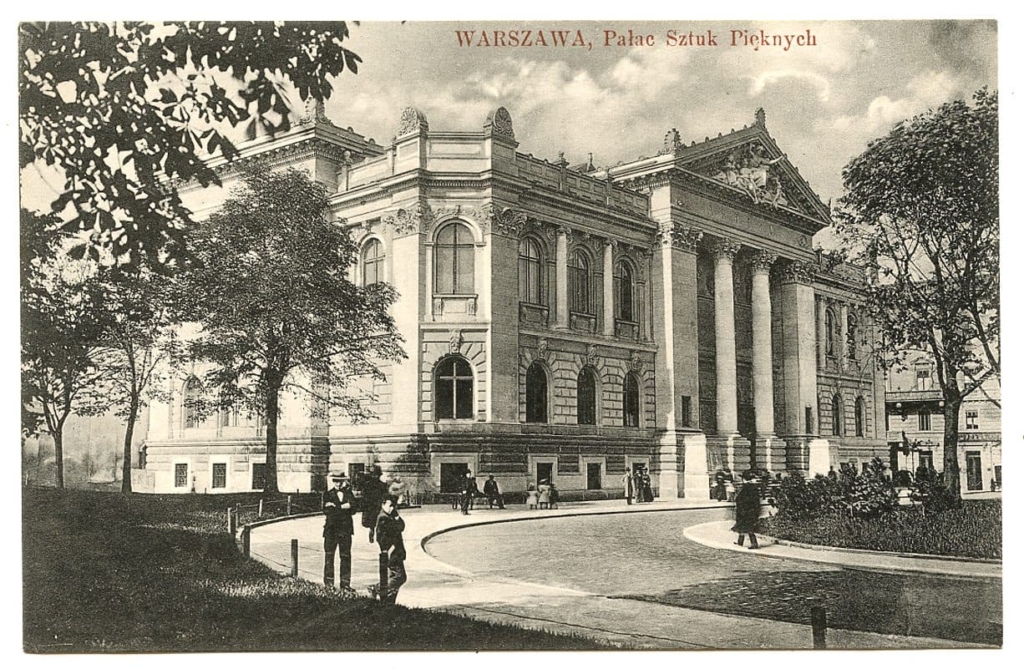 Zachęta is Warsaw’s oldest art gallery. Its history began back in 1860, when the Society for the Encouragement of Fine Arts (TZSP) was established. In 1900, the building at 3 Małachowskiego Square (then Evangelical Square) was erected. After the war, it was nationalized, first as the seat of the Zachęta Central Bureau of Art Exhibitions (CBWA), after 1989 as the Zachęta State Art Gallery and, finally, as Zachęta – the National Art Gallery. The TZSP was reactivated in the 1990s, an association supporting the gallery today, but also an heir to the values represented by the historical Society. This is the story of Zachęta in a nutshell. The date 13 December marks 160 years from this founding moment. That’s why, the latest issue of our online magazine tells the story of Zachęta – both historical and contemporary – as seen through the prism of the people who have created this place.

We begin with interviews with Zachęta employees conducted in 2018 by Magdalena Komornicka and Jacek Świdziński. They were conducted as part of the project Plac Małachowskiego 3 – an unusual exhibition taking place outside the exhibition halls. The curator decided to map the gallery building, enlisting the assistance of its employees. Excerpts from the interviews were prepared by Magda and Jacek in the form of a visual essay and published in The Zachęta Magazine. May, June, July, August 2018. We encourage you to read the memories of Zachęta, featuring the square, the gallery building, the people and… Gabriel Narutowicz’s spirit.

In the historical context, we have also decided to bring back Karolina Zychowicz’s interview with Bożena Kowalska – art historian and curator, Zachęta’s long-time employee – who reminisces about the times of the CBWA. We illustrate the story with a fragment of Edward Dwurnik’s painting 170 Art Politicians, in which the artist portrayed the heroine of this interview. We could not overlook his portrait of Zachęta (1992) from the series Warsaw. Both paintings are in our collection.

From our film collection, we recommend watching Liliana Piskorska’s Strong Sisters Told Their Brothers. The video premièred at last year’s Views competition and this year it was added to our collection as a gift from the Society for the Encouragement of Fine Arts.

Finally, we talk about 160/160, the project carried out by the TZSP and Zachęta to commemorate our 160th anniversary. As part of the anniversary celebrations, the artists whose works are in the Zachęta collection have been invited to offer their creative commentary on the collection, the gallery building, the past and the future, and to talk about the context of creating their own work to enrich our shared history. In our magazine we present Anna Mierzejewska’s Zachęta under construction – a series of photographs documenting the “journey” around Zachęta of the artist’s painting Cement Mixer, which is displayed in our Education department on a daily basis.

Have an enjoyable reading and watching!

We are celebrating 160 years of Zachęta!

On December 13th 1860 the Society for the Encouragement of Fine Arts was established and Zachęta was brought to life! We are kicking off the anniversary issue of the magazine with conversations with some of the most pivital figures in our most recent history.

Portrait of Zachęta captured by Edward Dwurnik in 1992. Gallery’s building fits into the city landscape, and in it you will find many famous figures from the Polish art scene…

Legendary curator of Zachęta tells the story of the Central Bureau of Art Exhibitions era. In the picture: the heroine of the interview portrayed by Dwurnik (170 art politicians).

The artist’s film that packs a punch premiered at Views 2019 and was later inducted into our collection with the help from the Society for the Encouragement of Fine Arts.

Scotch pink (To Pee in a Bun)

A contrary exhibition by Karol Radziszewski (2009) and a contrary art work that plays on Zachęta’s pre- and post-war history.

160/160 is a jubilee project that supports artists whose works are in the Zachęta collection. Discover the journey of a certain cement mixer …

and our gallery in old photographs

For those who don’t know it yet and those who would like to find out more – a short history of Warsaw’s oldest art gallery.