This year’s Views competition  exhibition is a presentation of five creative individualities. Despite the differences between the nominated artists, there are discernible correspondences between them, shared preoccupations, and affinities in their thinking about form, space or the viewer’s role in the artistic process.  The art of Alicja Bielawska can be described as a poetry of objects. The artist creates her sculptures using simple metal constructions and textiles. The resulting objets d’art, seemingly functional and of familiar shapes, are transformed by the artist, removed from everyday contexts and mental stereotypes. Bielawska explores the material world, wondering at it and questioning it, searching for the unique in ordinary objects. Rather than referring to specific narratives, stories or anecdotes, she is interested in the viewer’s individual experience.

Ada Karczmarczyk treats her art as an avant-garde-style evangelisation mission. Performing under the stage name ADU, styled as a Catholic pop music superstar, she composes, records and publishes on her video blog songs and music videos that are a new proposition of religious art. With her affirmative attitude, she seeks to inspire spiritual reflection in the viewer. The presented project takes up the issue of the feminine nature of the Church. Referring to biblical quotations comparing Christ to the Bridegroom and the Church to the Bride, Karczmarczyk creates images of the Catholic, Protestant and Orthodox Churches, accentuating the differences between them. The Brides is a project that adds an ecumenical context to her evangelisation mission.

The featured installation by Piotr Łakomy combines the artist’s theoretical and formal investigations to date. It was inspired by the Endless House, a fundamental design by architect Frederick Kiesler and an idea of interaction between man, the environment and technology. Łakomy’s installation refers to Kiesler’s concept of perceiving architecture as a human organism. The tent-lamp has been made of a light-sensitive fabric, through which can be seen a pulsating light imitating the rhythm of human breathing. Appearing in many of the artist’s works, light becomes here an element that builds and defines architecture. The tent’s form alludes to the other objects (vest, life jacket, coverings) and to the idea of building ‘protective housings for body parts’ using contemporary materials.

Agnieszka Piksa operates at the interface of word and visuality, creating narrative drawings, comics, visual essays. She uses a simple line, seeking to lend shape to the word and exploring its plasticity. She draws comics based on literary and academic texts, legends, poems, dreams or e-mails. She illustrates text ‘against’ its content, as it were, forsaking narrative linearity. Piksa’s stories have no beginning or end; they are collections of enumerated events in space, the artist seeking to establish visual rules to introduce order to the chaotic reality. To this end, she draws diagrams and concept graphs, trying to describe the indescribable. Text-based works dominate also in the Tropes project, whose title refers to both the process of tracking and to a music-theory term denoting a kind of opus that expands on a pre-existing theme.

Iza Tarasewicz considers the artistic process as an instrument for gaining knowledge, for transforming and recycling it. She creates objects and three-dimensional installations that are subject to constant transformations providing ever new information. The presented project, TURBA, TURBO, is a development of the artist’s recent preoccupations with chaos theory, information and matter compression, and the visual effects of those processes. The starting point here was a modernist round circular flower stand that Tarasewicz has associated with the Large Hadron Collider at CERN near Geneva – a machine that accelerates elementary particles to near the speed of light and collides them with each other. Tarasewicz’s work is an abstract equivalent of a collision of particles that produces chaos.

Taking place every two years since 2003, the Views competition is a project supporting the development of young Polish art. The initiative makes it possible to promote in Poland and abroad the best artists of the young generation, and to award the most interesting artistic attitudes.

The winners will be named during the gala ceremony on 22 October 2015. You may also cast your vote in the audience competition! Its winner will be announced on 16 November 2015.

The Jury awards the 1st prize to Iza Tarasewicz for the artist’s consistence in shaping her own, mature and original artistic language; for exploring matter and primal processes; for reviving art’s cognitive dimension.
The Jury awards the 2nd prize to Ada Karczmarczyk for originality, energy and courage in combining various orders of contemporary culture 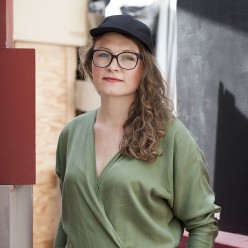 A sculptor, draughtswoman and performer. Her objects and their arrangement elude the opposition between the natural and the artificial. As part of complex practices of interpreting, collecting, deconstructing and reorganising material, social, historical and ideological systems, she attentively tests and transforms simple materials as clay, plaster, concrete, steel, glass, asphalt, animal fat, leather, fur, intestines, plasticine, plant fibres, pollen or ash. Her works have been associated with hylozoism (the philosophical notion that all matter is animate). 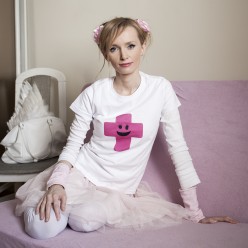 A multimedia artist, performer, blogger, composer and singer who in her practice freely fuses elements of pop culture, spirituality and art. She records pop-style music videos heavy with Christian symbolism, inspired by the work of Beyoncé, Madonna, Lady Gaga or Kate Perry, and perceives her artistic practice as an avant-garde proselytising mission. 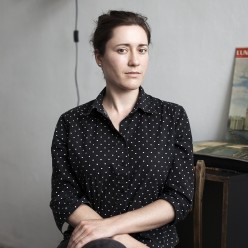 A visual artist and draughtswoman, author of comics, illustrations and murals. Her works quote as much from the belles-lettres as from scholarly writing, juggling meanings and misunderstandings. She is interested both in traditional narratives and in linguistic experiments. 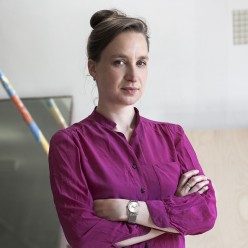 An author of sculptures, installations, and artistic books. Some of her media include textiles, metal racks, wood and modelling clay. While the resulting objects resemble those from everyday life, the artist often distorts their proportions and scale. She is interested in what happens to the viewer’s memory and perception in contact with her works. 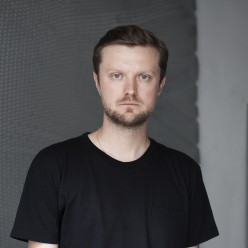 A visual artist, informed by the minimalist tradition and testing the limits of painting, who makes installations reacting to extant architecture. His work reflects a critical attitude to reality, to data glut, to the materials and technologies that surround us. Using motion-sensitive materials and lighting, he triggers the emergence of site- and time-specific spatial arrangements/compositions, introducing the viewer to the process.